Tom has been a pilot since 1975, and he has served in the capacity of being an Instructor Pilot for 20 plus years. While in the Navy, Tom taught combat tactics in the F-14A Tomcat and the FA-18 Hornet. A combat tested veteran with over 11,000 hours in 200 + models of aircraft, Tom possesses a diverse array of flight experiences to include flying from the deck of a carrier both day and night, private jet to 4 different continents, general aviation ownership and 4 years of flying in the demanding environment of Alaska. You won’t find a more qualified instructor whose flight time is nearly entirely single-pilot in some of the most demanding environments. Tom is one of very few Navy pilots to have amassed over 1,000 carrier landings. Whether it’s a single, twin, piston or jet- Tom’s vast experiences can be tailored to fit your aviation needs. Through his own company, Tom also provides Cirrus instruction, jet mentoring and contract-piloting services. 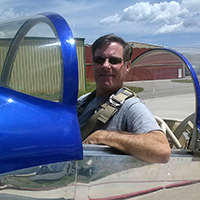 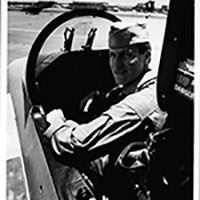 Jim wasn’t the first Due West Aviation student to become a Due West Aviation instructor, but he was the first to completely take over the reins. (He is the boss.) Jim brings his passions for teaching and aviation together when he works with aviation students. He loves to share the joy of flight with people who are learning to fly and others in our community. With a specialty in mountain flying, Jim has over 1,000 hours of flying in Colorado. We’re very proud to have him, not only as part of the team, but also as a leader. As a father of three wonderful children, Jim lives in Eagle where he takes full advantage of the outdoors and the mountain lifestyle unique to Colorado.